I have a question for those of you who are hobby sewists: How do you handle the sewing pattern storage issue? Which one works for you? Because I can tell you what doesn't work: read on! 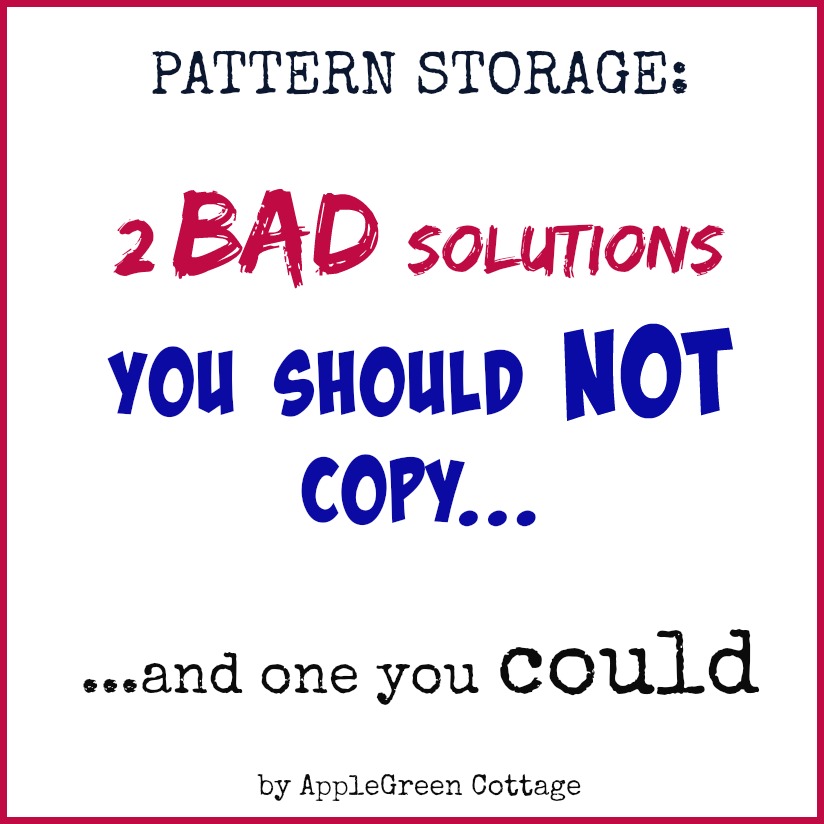 EDITED: this is one of my first blog posts, sorry about the style and images 🙂 Feel free to browse a few of my other storage and organizing diys, too:

(Edit over, back to the post) Over the years I have used two different methods for sewing pattern storage - but let's face it, none has been a success (translating: always a mess 😉

The first one was having pieces of patterns laying loosely around in a drawer, never to be found again, mixing with my scribbles on pieces of paper and grocery shopping lists - and it did sooo NOT work! (What was I thinking?)

Or, this was my second solution, having pieces of larger sewing patterns stuffed into envelopes. What I didn't realize was that they were never to be unfolded again. Who wants to handle a pattern piece that had been lying in an envelope, folded a hundred times? You can't fight all the curly and wiggly corners to get it to straighten up! There is no nice way to tell this: it sucked. Help!

Well, there's always light at the end of the tunnel, right?... In one of my recent A-HA moments, I think I've found a supersized solution to my sewing pattern storage. Not a box. I'm used to making boxes, but this time.. Something else. Yes, it should be so large that it will hold all my sewing patterns, I thought to myself! But then dismissed the idea for lack of a properly big cardboard piece.. But then returned to the idea when seeing two of these on my shelf that I had brought home while grocery shopping: 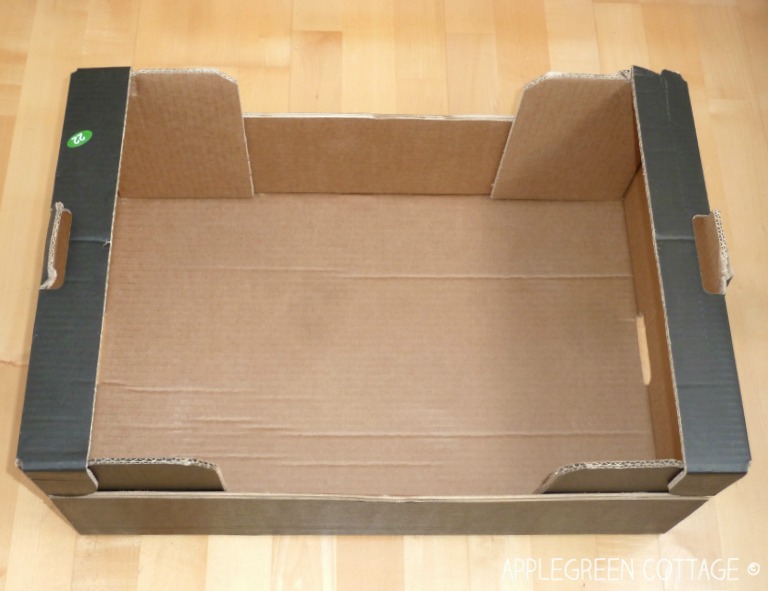 Haha, rolling your eyes? Now, you think this is the famous solution to the sewing pattern storage issue I have in mind? No. No-no. Of course, I'll not just use this box. I'll be MAKING something out of this.

Now, I know it's not common to just happen to have large cardboard boxes at home. I did, from my last two trips to the grocery store. I say it's always a good idea to store that grocery store boxes for future use. But not all of you might agree  - once a friend of mine asked me if I was about to move, as she saw a dangerously high pile of cardboard boxes sitting on a shelf in my apartment. I was accumulating them for my big storage project. That has not yet been completed. (But that's another story I'm not really proud of, so I'll tuck it under the rug and let it sit there until I gather my courage to throw it in the open... or to complete the project. No pressure, right? ;))

And you know what? I'm off to check if the idea can be transferred to reality in a way to make it work. It should work. Actually, it's so simple that it must work! I'll be back soon, with a simple tutorial. You just wait for the result. Or, if you really really really believe in me, get yourself two large cardboard boxes until next time, OK?

But until then, if you do have a pattern storage system that works with you and that's simple to put in practice, please do speak up!

UPDATE (a week later): I did it! Here, have look at my DIY, zero-cost and easy pattern storage solution. It's a smart space-saving solution for hobby sewists like me and you. Yeey!